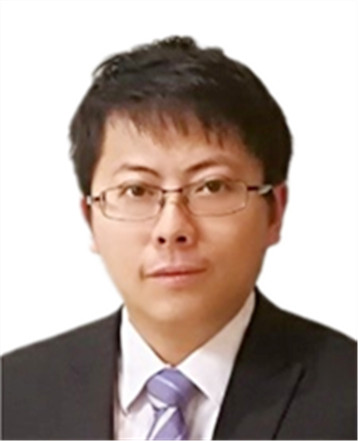 Other Post:Executive Director of Center for Integrated Circuits

During the past 18 years, Prof. Luo guided some leading & interesting industrial and academic R&D projects about 30M US$, and he has diverse experience in microelectronics and communication systems. From 2002 to 2005, he was with Chengdu Sine Science and Technology Ltd., where he led the 0.2-20 GHz front-end R&D project. From 2005 to 2006, he was with Shanghai Academy of Spaceflight Technology (SAST) for space communication R&D. In 2007, he was with Philips Research East-Asia, Shanghai, and involved in research of radio front-end for multi-mode/multi-card mobile systems. From 2010 to 2013, Prof. Luo was with the Huawei Technologies Co., Ltd., as the General Manager to guide the microwave/mm-wave mobile & backhaul R&D for LTE+ and 5G communication with successful commercial products. Before joined UESTC, he was Assistant Professor (Tenure Track) in Department of Microelectronics, Delft University of Technology (TUDelft). Since June 2015, he has joined UESTC as Full Professor & Executive Director in Center for Integrated Circuits (CIC), UESTC. Since March 2020, he has been appointed as Head of Center for Advanced Semiconductor and Integrated Micro-System (ASIS), UESTC. He has published about 100 IEEE journal and conference papers, and holds 32 granted patents. His research interests include the digitally-assisted RF/microwave/mm-wave integrated circuits, multi-resonance terahertz IC, multi-bands backhaul and wireless system, reconfigurable passive circuits, smart antenna, and system in package R&D.

Prof. Luo is an IEEE Senior Member since June 2012. He is Track Editor of IEEE Microwave and Wireless Components Letters, and is also an Associate Editor of IET Microwaves, Antennas & Propagation. He serves on the Technical Program Committees of IEEE International Microwave Symposium (IMS), IEEE Radio Frequency Integrated Circuits Symposium (RFIC), and IEEE International Wireless Symposium (IWS). He is the IEEE MTT-Society Technical Committee Member of MTT-4 on Microwave Passive Components and Transmission Line Structures, MTT-5 on Filters, and MTT-23 on Wireless Communications. He is also the Vice-Chair of IEEE MTT-Society Chengdu Chapter.